Samsung Galaxy S6 is probably the first bezel-less smart device produced by Samsung. In terms of features and specs, the S6 is fantastic. But, still, in some areas, there are more chances to have issues with Galaxy S6.

Among these, the most probable issue is Galaxy S6 Not Charging issue. This is an issue to worry about, which many users report. So, to solve it, here we are coming up with some troubleshoots. This guide will help you to solve Galaxy S6 Charging Problems.

Here, we will have a quick troubleshooting guide to solve prevalent issues caused in Samsung Galaxy S6. In which, we will discuss how to fix Galaxy S6 Charging Problems with less effort.

Whenever we are talking about charging problems, the first thing that comes to mind is that a faulty charger causes it. Some of the users also believe that the issue is because of the damaged battery. But, also of that, there is also one factor that may cause this charging issue. It is the firmware of your Galaxy device. Sometimes faulty firmware also invites such issues. You can also manually update the firmware of your device. As we know that the Samsung Galaxy S6 offers a non-removable battery, so you can not fix the issue by taking out the battery. So, if somehow your device got frozen, you can not take the battery outside.

At that time, you need to reboot or restart the Galaxy S6. For that, you just have to press and hold the Power + Volume Down buttons simultaneously for 7 seconds. It will lead the device to restart.

Mostly, after doing such a process, you may get rid of the frozen issue of the Samsung S6. But, even after that, you must try the same process 2-3 times if the same issue is there. If you are still standing on the same issue, you should go ahead with the next one.

Not all the time, but the faulty charger and charging cable sometimes will not allow charging the battery. So, at that point, the first thing you have to do is to check the charger. Along with it, it will also be beneficial if you check the charging cable or wireless chargers also. If you find some faults while checking, then it is the thing that creates issues in the device.

After getting the fault, you should think about replacing the charger. Somehow, the faulty charger may work on average with a slow charging speed, but it will also affect the battery. So, if you don’t use that faulty charger for more, then it could be your favorable decision. It will also help you by not ruining the mobile’s good health.

To replace the charger of the Galaxy S6, no one is in the best place except the Authorized Service Center. You can use a few chargers for your S6 from below. 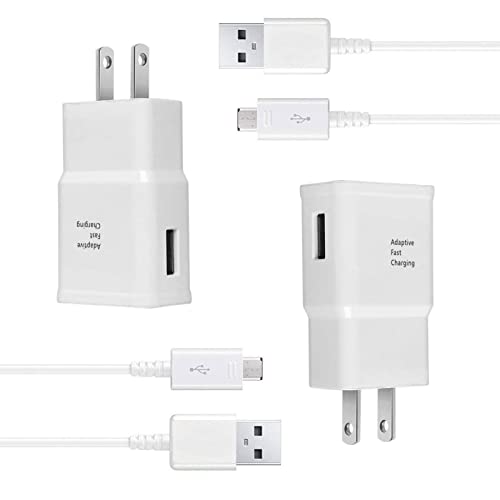 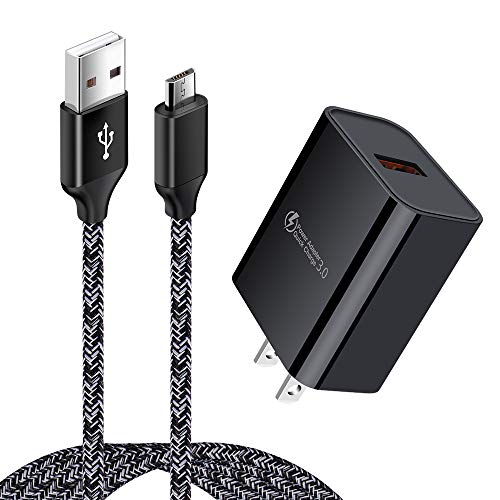 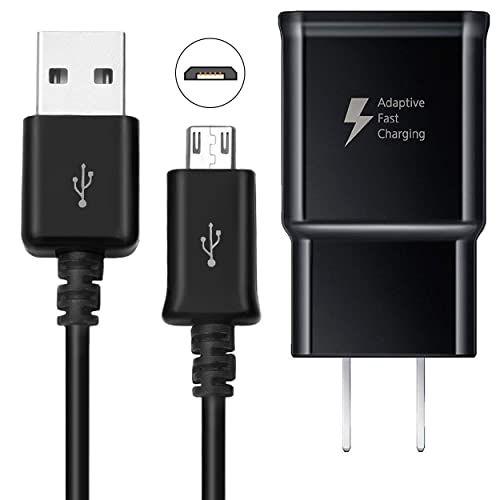 As an alternative to it, you can also use another charger that contains the same voltage as that faulty one.

After checking out the charger and cable, what will be the next thing that you should check? Probably, the charging or USB port of the mobile. The lax connection also creates charging issues in your Galaxy S6. So, at that point, you will have to check out the charging port. If you find an issue with the port, try all the possible solutions for it.

Also of that, sometimes, the dirty port will also invite Samsung Galaxy s6 charging port problems. A dust particle may occur there because the port is open even with the phone cases. As the dust particles are making their place in the port, the proper connection may not be possible.

In the end, in terms of the result, you will get some charging problems. So, to get to rid of it, you need to clean the port. For that, you can use the hair dryer to blow the pressurized air to remove the dust.

Sometimes, the bulk of the cached data may invite charging problems. In the storage, cached data are going to stores for every app. The cached data will take place as you are using the app.

When a much amount of data is stored, then it will start to create some issues. So, to delete it, the best option is to perform the Factory Data Reset. But, before performing that, do not forget to take a backup of all your stored data.

Check out the below video to learn more on How To Reset Samsung Galaxy S6 – Hard Reset and Soft Reset on the video below that was created by CellularProz on YouTube.

After following the above steps, all the data from your device will be removed. Now, check that the charging problems are still there or solved. If not solved, check the next one.

See also: Samsung Galaxy S6 Only Charges When Turned Off

After performing all the above steps, if the issue is still there, the final solution is to get it repaired. To do so, the best place is the nearby Authorised Service Center. So, as soon as possible, take your S6 device there for the solution.

If your mobile warranty still exists, this will be your best option. As the device has a non-removable battery, the Authorised Service Center is the genuine option to open it.

We hope that this guide will help you a lot to solve Galaxy S6 Charging Problems. Do let us know your reviews and comments regarding the discussion in the comments.