The Smart Voice Recorder is one of the best voice recording android app. This voice recording app is designed for high-quality sound recording. It records the sounds with skipping the relative silence. This app comes with a nice user interface and easy to use. But, before using this app, keep in mind that this is not a call recording app. So, it is not useful while making or receiving calls. This sound recording app comes with automatic as well as the manual sensitivity control for Skip silence mode. It also has a live audio spectrum analyzer. By using this feature, you can get an idea about the intensity of the voice, which is going to record. The wave encoding rate of this app is between 8 to 44 kHz.

This app also records sound even in the background. It means it can record even when the display is off. It also has the option to Save, Pause, Resume, and Cancel audio recording on your smartphone. While recording the sound, it also shows the remaining time of the recording according to the storage of the device. The app also has a simple and easy to use recording list. You can also share your recordings via some social networking sites. But, you will not be able to share the contents of this app via Text message, SMS, or MMS. It also allows you to set recordings as ringtone, alarm tone, or notification tone.

You can download Smart Voice Recorder from the Google Play Store using below links. This app is compatible with most of the android devices. So, use this app to record the various sounds and voices. Also share this discussion and app with those, who looking for this. 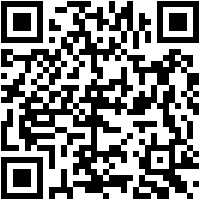 This app does not record system audio, however if you are looking for system audio recorder, you should try this apps.