Nowadays, most of the smartphone devices are coming with the feature of call recording feature. By using which, you can record any calls from your phone. Some devices also allow you to record system audio using this feature. More than that, the Google Play Store also offers some audio recording apps to all the Android devices. We will also discuss here two best of the record system audio apps. Now, have a look at the discussion of the sound recording apps and keep using it on your device.

The Voice and Audio Recorder ASR is one of the apps which allows you to record the audio on your phone. This Android app is readily available on the Google Play Store for all the Android users.

This app supports for the most of the android phones and tablet devices. This app is one of the best voice recording apps among most of the apps. It comes without limitations for the recording time. It means you can record the sound for an unlimited time of recording.

This audio recording app also has dedicated pause and discard button. It allows you to pause the recording anywhere and anytime. After recording the contents, you can also customize the folder in which the recorded files are saved.

The recording app will also allow you to share that recorded files to other using the social networking sites. By using the app, you can share multiple recording files in once.

You can also delete more than one files at a time using the delete option. It also has Echo cancellation mode, by activating which, you can cancel the echo mode. For the quick access to the app, it also has recording widget.

If you want to find any recorded files, by using the search option you can find it easily. It will also support multiple languages. The app has good users review ratings which are about of 4.0 out of 5.0. 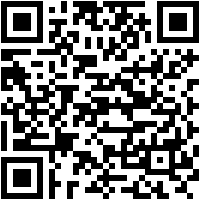 The HiFiCorder Record Android app is one of the excellent sound recording apps. It is designed with the simple interface as the audio recorder for the Android devices. Also of that, this app also allows you to edit the recorded audio after the recording. The editing of the recorded audio will take place along with the Visual Audio Editing.

In editing, you can graphically select any part of the recording. You can also use this audio recording app as a ringtone maker app and ringtone editor app. It can record the music and sound along with the high quality. By which, you can use the app to listen to recordings while using the phone for other purposes. It permits you to save the recordings in such formats like OGG, AAC, and WAV formats.

The app also provides you the backup option of the recording files. It allows you to backup the files from the Dropbox. It will help you when you delete any recording files by mistakenly.

This app is also one of the great apps to record some important voice notes. For the students, it is also useful to record the lecture notes.

On the Google Play Store, all the Android users can easily find this app. To use this Android app, you do not have to pay anything, because it is a free Android app. It is easily compatible with all of the Android smart mobiles as well as tablet devices.

So, now we are going to complete this discussion which is about of Record System Audio Android Apps. In which, we have discussed two best voice recording apps. As per your wish, you can use any of the apps from above mentioned.

We hope that this discussion will be very useful to you more than the recording feature. If it works for you, then also share it with your friends. Also of that, share with those, who really have need of it.