Nowadays, all people use smartphones for gaming, project work, etc. Out of which, there are also some individuals who wake up late at night watching movies or playing games on Android. Sometimes, we surf Facebook or browse websites until late at night. While using smartphones or tablets, you should always keep your eye on the screen. Constantly staring at the screen is one of the primary reasons behind eye pain or eye problem. So, here we will discuss the Best Screen Dimmer apps that will protect your eye.

We know that all the devices come with some degree of brightness. While using the smartphone, you can also set up the brightness level according to your requirement. But, sometimes, the lower light mode may also harm you. So, to get rid of this kind of problem, here we are going to discuss the Screen Dimmer apps. So, now take a look at the apps and enjoy the use of the device at the lowest brightness.

Check out below the list of screen dimmer android apps with further details. We hope you will like them.

The Dimly Android app is one of Android’s recommended screen dimming apps. You can easily find this Dimly app on the Google Play Store. This app is easily compatible with all android based devices. The Dimly app allows you to reduce the brightness level beyond its minimum limit, which you see in a device by default.

The Dimly screen brightness app also has one great feature: Blue Light Filter. You should see a slider in front of the Blue Light Filter option. If you want to use this feature of the screen filter app, then tap on that slider. To dim the device’s background, using this app is such a wise decision.

By using the brightness pop-up, you can customize the brightness level. This app also comes with the facility of Auto Stop Timer. To set up the settings of the app, you can also use Settings. This app contains too little memory for your device. It comes with an easy user interface. The app’s user review ratings are excellent, about 4.5 out of 5.0.

Here are some promo codes for the dimly app that you can use with your smartphone to get this app for FREE.

Those codes were shared officially by them as a promotional credit for our users.

Features of the Dimly App : This app also protects you from eye disease due to consistently using your phone. For example, it can help you avoid a headache after continuously looking at the screen and eye pain.

This app saves battery power if you have a smartphone device with an AMOLED display. The pro version of this app comes with Blue Light Filtering. This great feature will protect you from Insomnia. Insomnia is a disease that occurs because of the radiation of blue light. This app is designed with an easy user interface.

It is so easy to use. It comes with a variable range of opacity of the screen. Whenever you are using this app, it will show a notification of it. You can also set the opacity directly from the notification panel.

So, all android users can download this app on their device free of cost. But to download the pro version, you have to pay some amount.

The compatibility of the free version of this Screen Dimmer app is too good with all android devices.

Features of the Screen Dimmer App:

Dark mode in apps may help to some extent, but screen dimmer can help you more effectively.

The Configurable Brightness Preset, or Cobrets, is an app that controls the brightness of the screen. It shows you a widget in which a number of the mode of brightness is located. To open the widget, tap on the icon of the Cobrets app.

The Configurable Brightness Preset app is available at the Google Play Store free of cost. All Android users can easily find and download this app. The Cobrets app also has a feature of screen filtering.

Features of the Configurable Brightness Preset or Cobrets App: 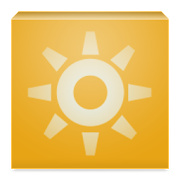 Here, we have listed the best Screen Dimmer apps for Android devices. We hope that this discussion should be useful to you. If it is, then do not forget to share it with others.

Do let us know, do you feel comfortable watching on your smartphone’s screen and or facing any eye problems upon continuously watching it.