Want to Move Apps to SD Card ? Use App2SD android app that will help you to move your installed apps to your memory card easily. Check more details below.

Is your android device tells you low memory whenever you are installing new android apps from Google Play store? If yes, App 2 SD is the best android app for your device that lets you to move almost all installed android apps to your device’s SD card without rooting. If you Can’t Move Apps to SD Card Android, you should try this tutorial. It supports most of the Android Smartphones to Move Android Apps to SD.

When you install App 2 SD android app on your device, on start up it will show up like the screenshot provided here. There are mainly 3 main option available and they are explained below:

Movable : Shows you the lists of android apps that can be movable to your android SD card from system memory.

On SD card : The option shows you the already moved android apps on SD card from android system storage.

Phone Only : Shows you the list of android apps that are located on android phone memory and can’t be movable without rooting your device.

The app also shows you the total memory and used memory for both android system as well as SD card at the bottom line.

After installing any new android app from Google play store, if the app is movable to SD card, you will be notified with notification at the notification bar. Clicking on the movable app in App 2 SD Free app, you will see the option as shown in the first image above. Click on the Move to SD card and within a fraction of minute, the newly installed android app will be moved to your Android SD card.

Suppose you want to uninstall the android app, you have installed, you don’t know how, the app will let you uninstall android app easily. All you need to do is just click on the installed app, and you will see the second image like bar below the notification bar.

You will see uninstall, app info and more option at that bar. just drag the android app you want to uninstall to uninstall button there. Confirm installation of that app and you have done.

Note: Galaxy S3 configures the SD card as a secondary external storage. This is configured by Samsung. Nothing developers can do about this. You can contact Samsung for details. 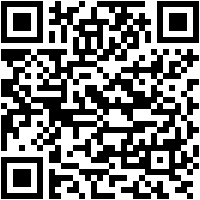