TheAndroidPortal
Home Comparison What Is Nano Memory Cards & How Is It Different From MicroSD...

The NM card is a memory card that stores data in the form of chips. You come here to know what nano memory is and how it is different from MicroSD Cards. It’s much smaller than a Micro or SD card and can be inserted in the same slot as the SIM card.

We tried to include as much possible information about both cards as possible so that you will know if nano memory is a suitable solution for you. What makes NM cards superior to other memory cards? Well, this product has many advantages that you might not know about. Let’s discuss this below.

What is Nano Memory Card?

The Nano memory card (NM) is a proprietary format developed by Huawei in 2018 called nCard. Nano memory cards are the next big thing in memory storage. They’re the same size as nano SIM cards, so that you can use them on your phone just like a nano SIM card. They’re smaller than micro SD cards, so you’ll save space and weight when designing smartphones.

Nano memory cards run on eMMC 4.5 protocol and have read speeds of 90MB/second. They’re only supported by Huawei phones as of 2021, but we’ve also seen them manufactured by Lexar. Available sizes are 64GB and 128GB, with 256GB coming soon!

How is a Nano Memory card different from a microSD card?

You’ve probably heard about Nano memory—but do you know what it is and how it’s different from microSD cards?

Nano memory is a new type of storage that’s smaller than a regular memory card but bigger than a flash drive. It’s super small, so you can carry more of it around in your pocket or purse without worrying about bulky. The main advantage of Nano memory is that it can hold more data than standard memory cards.

It’s also way faster than regular memory cards, which might make your phone run faster because the processor doesn’t have to wait as long for data to be retrieved from the card when you open an app or load a website.

Best Nano Memory Cards for you 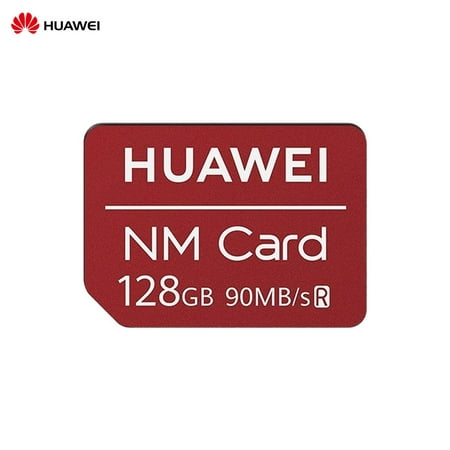 The Huawei Nano 128 GB memory card lets you store an entire lifetime’s worth of memories on one small piece of tech – perfect for storing photos, videos, music, apps, files, and more!

They work with all Huawei smartphones with memory expansion capabilities, including the P30 series and Mate 20 family. This card reader features USB type-C and standard USB output. It supports memory cards with up to 2 TB of memory and transfer rates of up to 100 MB/s.

On top of that, this card reader doesn’t need any additional power source to run, as it’s USB bus-powered straight from your PC or laptop.

YAOMAISI is the best-in-class memory card that delivers on speed and capacity. YAOMAISI NM memory card that provides fast read speeds and enormous space to store all your pictures, videos, and other files. With super fast read speeds up to 90MB/s and the Huawei Mate30 series support, you can now store all your files in the most convenient way possible!

Possible reading speeds are also impressive, allowing you to easily transfer data between devices without compromising on speed. The only thing that remains is whether or not you have enough room on your YAOMAI S NM 128GB card!

Not just that, but This card is compatible with the Huawei Mate 20 and Mate 20 Pro, as well as the upcoming Huawei P30 series. That’s a lot of phones! It also supports EMMC 4.5 protocol, so you can rest assured that this card will work just fine with your phone.

Arealer NM card 90MB/S 128GB is 45% smaller than the Micro card and shares the same slot with this Nano SIM card. This nano memory card provides up to 90MB/s reading speed, enabling smartphones to be used daily without interruptions.

The KAQ Nano 128GB memory card is a great choice for those who need fast data transfer. It has a read speed of up to 90 MB/s and a write speed of up to 80 MB/s, which is far faster than most other flash cards. The card comes with a metal housing to protect it from moisture and dust.

KAQ Nano 128GB memory card is perfect for anyone who wants more space on their phone or computer—or anyone who just loves music! It’s also shockproof, temperature-resistant, and waterproof—so it can be used in any situation.

With this memory card, you’ll be able to store photos and videos for years without worrying about damaging your devices.

The NM Card is the same size as a Nano-SIM card but holds up to 256GB of data. It’s great for storing your phone’s photos, videos, music, and other files at super-fast speeds.

It also supports the EMMC 4.5 protocol, so it’s compatible with all Huawei phones (including those released after 2016) that are capable of using a memory card of this caliber.

We hope you liked reading about how microSD cards and nano memory cards are different from each other.

The blog post about microSD cards vs. Nano memory cards provides the reader with a broader understanding of the differences between these two cards and the benefits each has.

If you have any questions, please don’t hesitate to reach out to us at theandroidportal.com. Thank you for reading; we are always thrilled anytime one of our pieces may help readers learn something new about a subject like this!