On Android smartphone or tablets, Generating QR codes are too easy in these days. By using some QR reading apps, you can also decode these QR codes easily without any problem. Your smartphone’s camera will not be able to scan any QR code by itself. To scan QR code using your smartphone camera, you have to install specific software on your smartphone so that you can easily scan QR code and decode them. If you are one of them who are looking for the best QR code scanner app for Android, then you are at right place.

Here, below we have listed top QR Code Scanner apps that you can download and install from Google Play Store. These all below mentioned QR Code scanner apps are free of cost so that you don’t need to pay anything while downloading apps from Play Store.

Some of QR Code scanner apps also support the Barcode scanning feature that means you don’t need to download the separate app to scan a barcode. You can scan both “QR code” and “Barcode” by using the one app on your smartphone.

If you are looking for how to scan a QR code using Android app, read the article below. Let’s take a look at these below mentioned best QR Code scanner apps:

If you are looking for the all-in-one app that can scan and recognize everything like painting, Landmark, Text, Barcode, QR code, business cards, etc., then the Google Goggles is the best app, it is a free of cost that means you don’t have to pay anything to install it on your smartphone. The Google’s Goggles app also comes with an OCR (Optical Character Recognition) technology that can scan every type of text in multiple languages like English, French, Italian, German, Spanish, Portuguese, Russian, and Turkish. 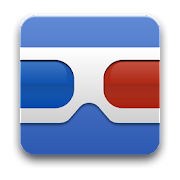 This app is a highly rated QR Code scanner app that also comes with a barcode scanner. This means you can scan both Barcode and QR Code using the one app without any problem. This is a highly featured modern QR code scanner and barcode reader app for Android that can scan any QR code or barcode. By using this app, you can easily scan or read any QR Code or barcode to get additional information. This QR Code & Barcode Scanner app can also scan all common barcode formats such as QR, Data Matrix, UPC, Aztec, EAN, Code 39 and many more. It also comes with a built-in QR code generator so you can create QR code easily by following easy steps. It also supports Export feature and allows you to export all history as CSV file. The QR Droid Code Scanner app also allows you to import, share, use and creates data in easy, simple steps. It can scan QR Code, Barcode, and Data Matrix and allows you to share with your other family members and friends. By using this app, you can also create QR code from any contact, maps, bookmarks, and installed apps. The QR Droid Code Scanner app comes with a simple and easy-to-use user interface. 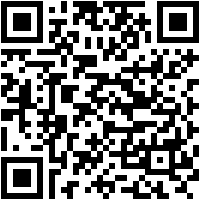 If you are looking for the best and fastest QR Code scanner app for your android smartphone, then this app is for you. It comes with a simple and easy-to-use user interface that means you can easily use this app without any problem to scan QR code and Barcode. To scan QR Code or Barcode, simple point the camera lens of your smartphone to QR code or barcode you want to scan. This QR reader app will automatically scan it for you. With this app, you don’t have to press any buttons to scan the code. It can scan and read all types of QR and Barcode including the text, URL, email, location, and contact. 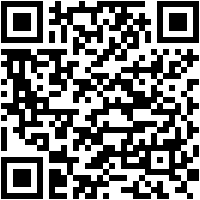 The IVY QR Scanner app another highly rated QR Code scanner app for Android smartphone that you can download and install from Google Play Store for free of cost without paying anything.

The IVY’s QR Scanner app is extremely easy to use, and every Android smartphone user can easily use this app without any problem. With this app, you can easily scan and read all types of QR Code and barcode including the text and URL.

The IVY QR Scanner app does not require any internet or data connection to scan the QR Code. It also comes with a simple and easy-to-use user interface and also supports flashlight that allows you to scan all types of QR code even in low light conditions. It also supports the one tap copy feature that enables you to copy all types of text by simple one-tap feature. Here in this article, we have written about Best QR Code Reader Apps for Android that you can use on your android smartphones. Do share us in the comments which android barcode scanner apps do you use on your Android.