Previously peoples were used simple calculators to calculate their math’s problem. Then scientific calculator was invented, and nowadays there is an app in Google play store that lets you calculate your math problem quickly. The scientific calculators are taking much less time to solve the harder Math problem. However still, both the calculators have used by the peoples. But, have you ever heard that an app could address the problem of Math using your Android smartphones? We came in contact with Cymath app that helps you to calculate your math’s problem quickly using your smartphone device. So, now have a look at the detailed discussion of the Cymath Android app.

The Cymath Android app is one of the best Math problem-solving apps. This app is readily available at the Google Play Store for all the Android users. It supports almost so many smartphones. The user’s ratings for this app is also good which is around of 4.6 out of 5.0. This app is recently used by millions of the users across the world. This app will answer all of your math problems by using the math engine.

Just enter your math problem in the app, and it gives you step-by-step answer for all the problems. This app contains math topics like pre-algebra, algebra, and calculus. The Algebra topic of the app will include equation solving, factoring, logarithms, exponents, complex numbers, and trigonometry. The product rule, quotient rule, chain rule, u-substitution, integration by partial fraction, and more contained by the Calculus topic. This app also allows you to solve the problem by capturing the image of the problem. For that, it has built-in camera option. To do so, just switch to the camera from the app, capture the problem and let the app solve it. If you do not want to use the calculator to address the issue of math, then it is the best option.

This app will give you answer with step-by-step. We hope that you would like this detailed discussion of Cymath App. Also, share it with your child to get familiar with it. Check out below video on how to use Cymath on android smartphone easily. 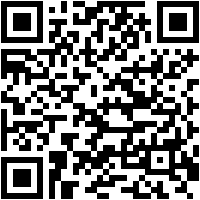