Mostly the users of the smartphone devices use the social networking sites. As we know that the social networking sites also provide facility to chat with others. To talk with them, by using the default android keyboard, users can type the conversation manually. Usually, it is too time-consuming when we want to write or talk too much with someone on Whatsapp messenger or similar messengers. We have found some of the best talk to text app for android smartphone that can help you to get rid of typing with the default keyboard.

If we want to chat a lot with our friends online, but using default android keyboard, it’s not possible. It’s always time-consuming. But, sometimes while typing some long messages and emails, they feel the feeling of laziness. So to get rid of from that problem, Google has launched its great feature Google Now. Like Google, for their iPhone users, the Siri is also launched by the Apple.

The Google Now and Siri is a service, by which you can search your desired things with just commanding your smartphone. By using such apps, you will also allow to sending a message on Whatsapp or an email, by just speaking to the mike. That app will convert your spoken message into the text.

In addition of that, there are also some apps are available, that converts your speech into the text. But, as users might be confused choosing best one among all such apps. To help you on which is the best talk to text apps, we have downloaded few apps and tested them. Here we have listed some of the best voice to text app for android smartphones below.

The Google Keyboard is best talk to text app for your device, which is easily compatible with all the android devices. This app is designed by the most trusted search engine Google. It is the app which makes typing fast along with the gesture and voice.

By using the gesture typing, you can type the message by just sliding your finger from letter to letter. It can complete your words before you have finished the gesture. This feature is very useful for the longer words.

By using the voice typing feature, you can type your message only by speaking. It is so simple to use, just click on the microphone and speak your message to simply dictate your text. In terms of additional features, it also comes with features word completion suggestions, automatic corrections, and next-word prediction. There are more than 20 languages can easily be supported by this app, for gesture typing and word suggestions.

It also offers so many emoji to express your feelings. The word once you have typed, it will automatically be saved into the keyboard dictionary.

The users ratings are also good for this app, which is around of 4.1 out of 5.0. This Google Keyboard app easily works with each and every app, which requires input by using the keyboard.

Features of the Google Keyboard :

The another best talk to text app is called as Speech To Text app. This app is easily compatible with all of your android powered devices. It is designed with good user interface.

By using this app, you can be sent messages easily by dictation. But, the dictation text can send only in forms of SMS or Email. The built-in speech recognizer can be used by this app, to turn your speech into text. It also has 3.5 users rating out of 5.0, which is better than the average.

Features of the Speech To Text : 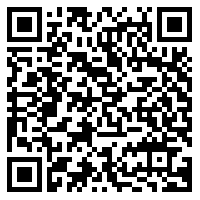 3.) Speech To Text for SMS/Whatsapp :

The Speech To Text for SMS/Whatsapp is a too easy app to use. It has good users rating which is about 3.7 out of 5.0. The compatibility of this app is very good with your android powered smartphone or tablet device. This app will able to convert your speech into text.

By using this feature of the app, you can easily send or share the text as SMS or Whatsapp message. This app is also applicable for the app, which requires text as input.

To enter the text for the certain app, you can easily enter it by just speaking your desired words or sentences. Because the words are spoken by you, the app will automatically convert into the text. The app also provides a facility of the list of matching words, after every speech.

Features of the Speech To Text for SMS/Whatsapp : 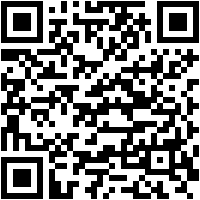 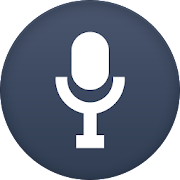 This is the another but last one Speech to Text Voice to Text App. It comes with good compatibility with all the android smartphone devices. By using this app, you can enter the text as messages or notes by just speaking.

It also allows you to edit the text which is entered by you by speaking. It means, it also has an option of text editor. You can also save your messages or notes by using this app.

But, the most important thing about this app is that to use this app, the Google Voice Search is must be there on your android device. As per the users, the ratings of this app is around of 3.2 out of 5.0, which is slightly better than the average ratings.

Features of the Speech to Text Voice to Text App : 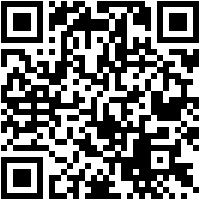 As we discussed ago, this discussion is based on the Best talk to text app for Android devices. In which, we have listed 4 best talk to text app, which makes your typing easy. So, you can choose any app for your device from above listed.

We hope that the discussion is useful to you to select the suitable voice to text app for your device. Do let us know which is your favorite text to speech app for android smartphones in the comment section below.

How To Enable Or Disable Whatsapp Disappearing Messages Feature?

Ravi Kumar - February 23, 2021 0
Are you bored with the same device name? Want to change Android device name on all linked platforms? If yes, then you arrived here...

November 28, 2018
© 2021 TheAndroidPortal is not affiliated with Google or any of the device manufacturers listed on this site. Android is a trademark of Google LLC. Use of this trademark is subject to Google Permissions.
Go to mobile version