A lot of users generally set the ringtone of the music or song that they love to listen to. However, it is not possible to set an entire song as a ringtone. At that time, you need to trim part of that song so that you can set it as a ringtone. For that, you will need audio cutter apps that help you to cut a specific portion of any song you love. So here we are listing the Best Audio Trimmer Apps for Android.

In this list of Best music cutter apps for Android, you will find the best tools which let you trim your favorite song. After trimming it with specifies the length, you can easily set it as a ringtone.

All these apps are easily downloadable from the Google Play Store at no cost. Also of that, these apps are fully compatible with all of your Android smartphones and tablets.

The Audio Cutter is an Android app by using which you can cut the audios quickly. This app will show ads in-between. This app offers mainly five options on its main interface View All Audios, Record An Audio, Contacts, Open An Audio, and Saved Audios.

As soon as you installed the app on the device, it will automatically detect all the audio whether it is downloaded or pre-loaded. With the help of the app, you can also join two audios in one. Apart from this, it lets you record the audio. You can also set a particular ringtone for each contact. To cut the audio, select it. Then, decide the time that you want to cut from the audio. You can see two markers on the screen to select the time by dragging those markers. Also of that, you can enter the start time and end time below the audio. After selecting the time, tap on the Save button.

To save the cut audio, it will offer three file formats MP3, MP4, and WAV. You can also choose the clarity from 64 kbps, 128 kbps, 192 kbps, 256 kbps, and 320 kbps. Each Saved Audio will provide options like Edit, Delete, Share, Set as Default Ringtone, Assign to contact, and one more. 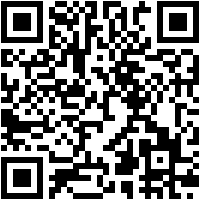 If you are wanted to have an all-in-one app for music, go ahead with this Music Audio Android App. This app offers many features like Audio Trimming, Audio Mixing, Audio Merge, Record, Audio Converter, and Video to Audio.

The Audio Mixing and Audio Merging is the best features of the app alongside the audio converter. You can convert the audio into other audio formats like WAV, M4A, and AAC. Also, it lets you choose the audio clarity from 32 K, 64 K, 128 K, and 192 K. Unlike the above app, this app will not let you edit or cut the pre-loaded audios or tones. To trim any downloaded audio, you will get two markers a start marker and an end marker. Put the start marker at the point from where you want to start to cut.

Similarly, put the end marker at the point up to which you want to cut. Also, you can write the start timing and end timing for ease. After cutting it, you can also share it using many social media platforms. It allows you to change the Song Title, Artist, Genre, Year, and Album Title. 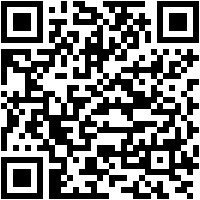 This is another app that lets you Trim, Mix, Join, and Convert the audios. With this app also, you can not make any changes to the pre-loaded tunes. To find the audio to trim, you can also have a search option. Similar to other audio trimming apps, this app also has a start marker and end marker.

Also, you can trim the audio by entering the start time and end time at the bottom of the screen. Then, you can save it with the specified name. You can have all the major social platforms to share the trimmed audios with others. To mix the audios with each other, you can select up to two audios. You can manually adjust the volume of those two audios. By using this app, you can also Merge more than two audios into a single.

Tag Editor option helps you to edit the Title, Artist, Album, Genre, Composer, and more. You can also set the image as an Art Cover. To convert the audio format, you will have three more WAV, M4A, and AAC. You can also choose the audio clarity from 32k, 64k, 128k, and 192k. It allows you to convert the video into an audio file. 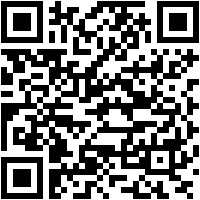 Timbre is the best app among all the listed apps over here. It lets you Join, Cut, Convert, Omit, Split, Bitrate, and Reverse the audios. Alongside the audio trimmer, it can also work as a video trimmer app. To cut the audio with this app, tap on the Cut option.

It displays the total duration of the audio. Right below it, it asks you to Select A Range from where to where you want to cut. On the same display, you can get the Export options to export it to a suitable place. The trimmed audio can also be shared with others with available sharing options. If we look at the other features related to the audio are similar to the other apps. But, one interesting feature is the Reverse. Using the reverse option, you can play any audio in a reverse manner. Also, you can speed up the audio with double speed.

It allows converting the audio from MP3 to AAC, WAV, FLAC, M4A, and OPUS format. With the help of this app, you can convert the video file into an audio file. It lets you create a single video by adding more than two videos. Like audio, you can also speed up the video with double speed. 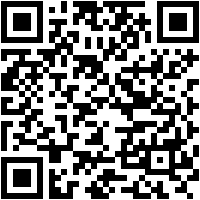 The Ringtone Maker is a simple app that lets you cut the audio from your favorite songs. Alongside it, you can assign the ringtone for each of your contacts. In the app, you will get three options Ringtone, Contacts, and More.

The ringtone option will display all the downloaded songs. Unfortunately, this app will not allow you to edit any pre-loaded tunes. Right in front of it, you can see the ∇ sign. Click on it to have some options like Edit, Share, Delete, Advanced Settings, and Detail Info. To cut the audio, tap on Edit. Set the start market and end marker at your specified length and then save it. You can save each trimmed audio with four options such as Music, Alarm, Notification, and Ringtone.

This app lets you record the audio to set it as a tone. For that, you can also choose the Recording Quality from various options with its intensity and clarity. There is also a search option to find any files. You can share the edited audio with your friends using available social media sharing options. 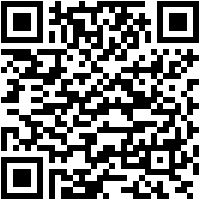 The Music Trimmer is one of the best Android apps to trim the song. After trimming the song, it will use for various purposes like notification tone, message tone, ringtone, and others.

How to trim audio using this app?

The homepage of this app will show all the songs and tones, whether it is downloaded or pre-loaded. From here, you have to choose the song that you want to trim or cut. After picking the song, on the next page, you should see the song has a waveform. Here, you can see that there are two sliders.

In which, one slider is on top, and another is at the bottom where the waveform ends. These sliders help you to set the cut length of the song. The entire song is divided into a length of 0.05 seconds. To extend or shorten the dividing length, there is also an option of + and – in the magnifying glass. On the same page, you can set the cut length using the slider given to you. You can also set the length automatically by entering just starting and ending times of the length to be cut.

To do so, below the waveform, you can see the Start and End points. In front of the blanks of their name, just enter the length in terms of Seconds. And, also remember that the waveform of the song is divided into time.

After setting the appropriate length, then tap on the option that looks like Scissors. It is the option of saving the trimming part of the particular song or tone. On the same display, it shows you a pop-up to save it. Here, if necessary then change the name of that file. You can also set the type of that trimming file from the Music, Alarm, Notification, and Ringtone.

This app also allows you to record the song or voice to trim it, directly from the app. For that, just come back to the homepage and tap on the option that looks like Microphone. The search option helps you to find the song in an easy way.

To see only mp3 files on the homepage, the three dots at the top right corner will help you. For that, just tap on it and choose the option Show Only MP3. From the homepage, you can directly share the song via some useful way of sharing the files. To do so, just tap on the downside sign stand next to every song name. It shows you some options, from which to select the Share and you can do it easily.

So, in this way, you can easily trim any audio even in MP3, WAV, AAC, and AMR file format. But, to do so, just download the Music Trimming App. We hope, this audio trimming discussion will help you a lot to do so in a simple way. 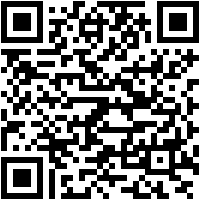 In the end, we hope that you will get the Best Audio Trimmer Apps for Android from the list on this blog.

So, what’s your pick from the above-mentioned apps as the best Audio Trimmer App? Do let us know below in the commenting section. Also, write about your experience with this guide.