As a human, we have tried at least once to speak out as the other gender. Means that as a man, he would have tried to speak as a woman. The purpose of doing so is mostly for fun. To add some more joy to the line, there are many apps are available who can change your voice. For the fun, it is enough to change the voice without doing much. So, to know about those apps, we will have a discussion on it. In which, we will mention the best Voice  Changer Apps for Android smart devices.

Here, you will have a list of in the list of Best Voice Changer Apps for Android. In which, you will get best Apps. All the apps are readily available at the Play Store for all the Android users. As all of them are freely available there, you do not need to pay anything. Just open the Play Store, download and install it. All the apps are highly compatible with all of your smartphone devices which are running on Android OS. We have reviewed this voice changer and how to use it on this video, check this video to find out more information on it.

Features of Voice changer with effects

The Helium Voice Changer app does the best while you are about to change the Voice. The app offers a cool UI. To record the audio, just tap on the Record button after opening the app. And, it will start to record your voice.

Then, to stop it, tap on Stop button and the recording will load for a while. To change the voice, you will have options of Helium, Teenager, Robot, Smurf, and Fast. Even, this app lets you change the voice of existing audio that has already been saved on the device.

The best part of the app is that you can also apply the voice changer for the Videos. For that, you can have the same options likewise audio. It is also applicable for the saved videos as well. To unlock more voice for both the category, the in-app purchase is also there. You can also visit the recorded video and audio. It also allows you to save the recording in the device. To share it, you will have many sharing options.

Voice changer for kids and families

The Voice changer for kids and families app will provide the best fun by changing the voice. This app comes with a simple and sobber UI. But, in terms of fun, it provides you the best service.

To change the voice using this app is a very easy job. Just open the app, and tap on the mike on the screen. Then, record the message you want to send someone. After recording the voice in terms of message, the app shows you various options to change the voice.

There are many options are available including Helium, Hexafluoride, Robot, Cave, Deep voice, Monster, Optimus Robot and more. After choosing the voice, you will have options to share it with the person whom you want to make fun. You can share the recording through all major social networking sites. For the further use, you can also save it.

Features of Voice changer for kids and families App

The Voice Changer by e3games is also one of the most entertaining apps. This app also has simple but an attractive and colorful UI. It is quite a similar app to the previous one in terms of working. After installing the app, just open the app and tap to the mike, to start the recording.

As soon as the recording gets completed, you will have various effects to turn your voice. The effects include Normal, Drunk, Cave, Monster, Squirrel, Helium, Hexafluoride, Smurf, Robot, Chorus, Death, Fast, and more.

The graphics of this app is also lovable. To make a fun of your friends, you can also share that recording after changing the voice.

To do so, you will have various sharing choices using all the latest options. You can also use the same as a ringtone, alarm tone, and more. However, this app contains ads in-between, which might irritate you. Otherwise, it is a cool entertaining app. The Voice Changer by AndroidRock is a cool app which lets you utilize many effects to change the voice. The way of changing the voice is as same as we have seen for previous apps.

As you open the app, you will have four options on the main screen, Record an Audio, Open an audio, Saved Audios, and More. Here, to record the voice, tap on the first option. As the audio is recorded, you will get many effects to turn the voice with them. You can also apply the effect of the audio that has been stored on the mobile. There are many effects are offered by the app like Chipmunk, Child, Old man, Martian, Chorus, Bee, Foreigner, and more. You can also have access to the saved audio. To share it with other people, there is various sharing platform available. It allows you to apply more than one effect on the same recording. This app contains ad.

This app comes with medium looking UI. It is not a cool app like other we have discussed. The UI is not so attractive, but it does the job very well. It also offers many effects to use. But, you may irritate with the ad coming between. To record the audio, open the app and tap on mike button to start.

After recording, you will automatically come to the screen which has many effects. From here, choose the effect that you want to turn the voice and go ahead. You can also share your creature using social media. 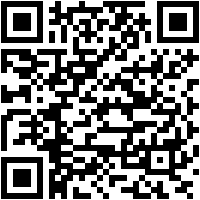 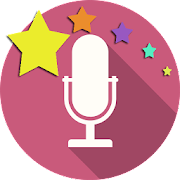 So, how’s the ride on this Voice Changer Apps for Android guide? Do let us know your best pick from the guide.