There are so many mobile applications are launched each week. Mostly, all of them are easily compatible with all the smartphone devices. While it doesn’t matter that device is powered by an Android OS or iOS. So as an application point of view, here we are going to talk about few Slow Motion Video Apps for android. By which, you can record slow motion video or convert your videos on slow motion movie.

These apps can be either used just for fun or to edit the videos in the form of slow motion. There are so many slow motion video apps you can download from Play store. It is always very difficult to choose any one as the best app for the device. But, we have tried to find best slow motion videos apps for both android powered and iOS powered devices smartphone.

The SloPro app is one of the slow motion video app, which is available for both android powered as well as iOS powered smartphones. This app is designed by the Sand Mountain Studios. This app offers a good slow speed of 500 fps and 1000 fps. The app also has 3 different slow effects like optical flow, frame blending, and ghosting. You can create the slow motion videos with the slow option of 50%, 40%, and 25%. The app will also permit you to make videos fast with the option of 1.3x, 2x, and 4x.

You can share the files on Facebook and Youtube easily. You can easily go to the fast motion from the slow. The hardware acceleration makes the effect of rendering fast. The app comes in the English language.

Features of the SloPro App :

The frame rate like 30 fps, 60 fps, and 120 fps are provided by an app. You can easily jump from normal speed to the slow motion, by this app. By using this app on your iOS device, you can easily record the another video when the previous videos are being rendered.

If you have used this app in iPhone 6 or 6+ device, then it also allows you to capture videos at frame rate 240 fps. This app is easily available at iTunes store with the cost of 1.99 US $.

Features of the SlowCam App :

The Dartfish Express slow motion video app is easily available at the iTunes store with the price of 6.99 US $. This app comes with version 5.2. It is easily compatible with the iOS 7 powered devices. It is available in various languages such as English, French, German, and Spanish. This is the app which has been used by most of the players during practice. By using this app, you can convert your videos into slow motion to analyze it. You can easily compare two videos side-by-side.

It also allows you to control videos frame-by-frame. With the help of the Dartfish app, you can also measure the angles as well as time. This app is integrated with your my dartfish smart cloud. That will easily synchronize between your iOS powered devices. You can also share the links via Email, Facebook, and Twitter. It also provides the feature of easy backup of videos.

Features of the Dartfish Express App :

The Hudl Technique slow motion video app is easily available at iTunes store for iOS users. It is compatible with the iOS 8 based devices. For simplicity of use, this app is available with the variety of languages like English, French, German, Japanese, Korean, Simplified Chinese, and Spanish.

Formerly this app was known as Ubersense. With the help of this app, you can easily improve the analysis of your technique. Mostly the players and their coaches choose this app for improvement.

This app will allow you to capture HD videos at 240 fps. Some reference videos are also provided by the app for your straightforwardness. You can also organize and browse the videos with the category of athlete and technique. It also provides a facility of favorites for most used videos.

The app also has a feature of zoom and pan videos, to reach the smallest thing of videos. It provides an option of multiple slow motion speeds for high analyzing. It also allows you to compare two videos by side-by-side feature. You can easily upload the videos to Facebook, Twitter and others. It will also permit you to highlight some things by using drawing tools.

The VideoPix slow motion video app is designed with the good easy user interface. You can easily download and install this app from iTunes store along with the price of 0.99 US $. This app is available with English and Japanese languages. The app is coming with the features of Video frame grabber, Slow motion editor, and an enhanced video player. This app will permit you to edit the slow motion videos. To editing the videos, the feature of trim is already provided by the app.

The latest version of this app has also a feature of Aviary photo editor. With the help of that feature, you can save the favorite pose of that video which is running in the background. You can easily export that photos to the Gallery, Facebook, Twitter, Instagram etc.

Features of the VideoPix App :

The Controlled Capture Pro is available at the Google Play Store. That means this app is compatible only with android powered devices. If you want to use this slow motion video app, then you will have to pay some amount. This app allows you to capture videos at fast and slow motion as well. The app has two modes, one is Image capture mode and other is video capture mode. The Image capture mode will allow you to capture the images of particular events. The images can be saved to your device automatically.

By using the Video capture mode, you can record the regular videos at regular speed. In addition of that, it will also give you a facility of to capture videos in slow motion. By setting up the time length, you can record the slow motion videos. The videos taken by using this app will automatically be saved in your device. It is easily compatible to play with existing video player of the device. 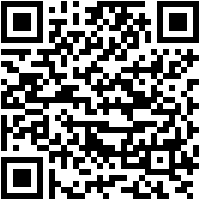 Are you using any of those apps on your smartphone? Feel free to share your review about that app in the comment section below.

How To Enable Or Disable Whatsapp Disappearing Messages Feature?

Ravi Kumar - February 23, 2021 0
Are you bored with the same device name? Want to change Android device name on all linked platforms? If yes, then you arrived here...

November 28, 2018
© 2021 TheAndroidPortal is not affiliated with Google or any of the device manufacturers listed on this site. Android is a trademark of Google LLC. Use of this trademark is subject to Google Permissions.
Go to mobile version