Mostly android smartphones come up with a default home screen, which can be personalized by adding home screen launchers to your smartphone or tablet and give it a new interface that meets your own personal taste. Android launchers is the most powerful feature that somebody can have on Android.

Nova Launcher has 4.7 star rating on Google Play Store and most favorite android launcher of lots of users. Its available free for download from Google Play Store. It’s quite similar to Android’s built-in launcher but offers many additional features such as themes, scroll effects, widget overlapping and placing widgets in your dock. We are suggesting this one as Best Launcher for Android.

ADW.Launcher is highly customizable home replacement application with thousands of skins and themes with support for most popular launcher themes! 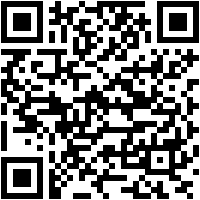 As the best home screen replacement, it transforms your Android device into a great personal online user experience you can really control – it’s up to you! This is not a New Launcher for Android but high rated and Best Android Launcher for your smartphones or tablet. If you using tablets, this is the Best Launcher for Tablet screen.

As it suggested, it helps you to customize your home screen Experience. I personally use and recommend this app to customize your Android home screen. This is by far the smoothest and fastest launcher out there but of course, not everything is perfect though. If you require professional and Best Launcher App for Android, you should choose this one for you.

Aviate Beta is another Professional Home Screen Launcher for Android. We have tried to listing Best Free Android Launcher in this article. Please let us know which launcher would you prefer to have? If you are using any android launchers other than mentioned in the list feel free to comment in the comment section below.